I had an eye opening conversation last week. Maybe you can relate.

A conversation with someone (we’ll call her Sara).  She twisted around everything she could into this negative competition.  At one point she said to me, “Your parents protected you so I know that you can’t even imagine some of the things I’ve seen.  You’ve never known pain like my family has.”

I found myself trying to console this woman and out of concern for something someone in her family is going through I used one of my past experiences as a bridge into seeing if her family member was okay and needed help.   Again, after telling me that what I had been through is the best of what this girl is going though and that again I’ve never known pain.  I surrendered and realized the conversation we were having was just a playback of the loop that this women tells herself every day.  She’s the martyr, she’s getting some sort of payoff in her mind by telling herself this story.

I left just feeling weird though about the conversation.  I wasn’t about to get into a tit for tat conversation about who indeed has gone through more pain.  What a waste of time.  But it did get me thinking…

It’s a naive thing to compare pain.  Even something like divorce, or cancer or a death can send one person spiraling into their darkest days while others use those times to thrive, get clarity and vow to live a life they’d otherwise been scared to.

How people cope is never the same. Some need others, some quietly cry in their own privacy.

Don’t EVER let someone make you feel Less than worthy because you haven’t responded to life by their set rules or expectations.   I’m grateful today at 36 I am comfortable enough in my being that I didn’t need to get affirmed by this woman or deemed “to have suffered a sufficient amount to avoid her judgement”.    At 20, 26 or even 30…. who knows how I would have responded.

Whether it’s mean comments on blogs, online posts, videos, social media.  People are quick to cut others down.  Instead of being scared of this, consider it a compliment if it ever happens to you.   Rise above it and gather a network of people around you who are too busy making shit happen, having fun and loving life to be worrying whether or not they’ve suffered enough or are shining their light too bright.    Be grateful for the clarity to see past that dark and sad place of judgement and anger.   Build a life that lights you up, surrender to your wise self!

Wishing you an incredible week and 4th!! 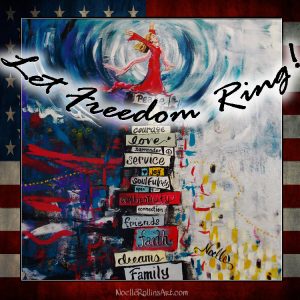