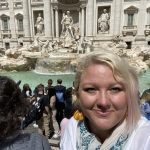 The Flavors of Italy

Our time in Italy started in Rome. We stayed in this small, quintessential, Roman apartment. It looked out into the courtyard where we could see other apartment windows, some open, some shuttered. For our week… it was perfect. One night I could hear a women singing from her apartment, another night hearing two men talking into the night.  At dinner time one night I looked across the way to see an elderly man also sitting at his table. At home, this would have disturbed me, in Italy… it all seemed welcomed and delightful.

We put on our best Italian music mix we could find and prepared dinner several times in the kitchen. We’d walk to the local market and get a fresh baguette, mozzarella, tomatoes, basil, and some salami and put together sandwiches.  We aimed to eat out one main meal each day. We’d order 3 different items and all share them. 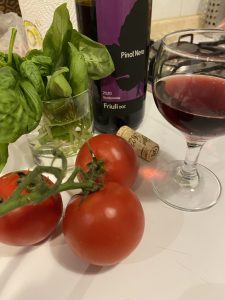 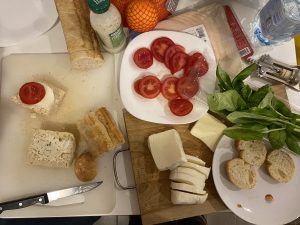 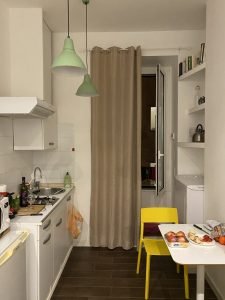 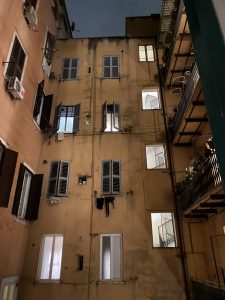 My favorite meal I had in Italy, was the Lasagna in the Piazza della Signoria in Florence. Green pasta, creamy sauce, it was perfect. 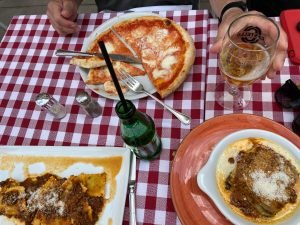 was sitting in the shade behind the pantheon, a man next to us started playing the cello alongside a soundtrack of piano. It was magical. Watching the people walking by, the sounds of Ave Maria in the air. Seeing the crumbling pieces along the backside of the pantheon.

Over our time there we stayed in Rome, Florence, Caserta (outside of Naples), Lecce, and Bologna.

While in Rome we toured the Vatican, I’ll be honest, I’m not a huge fan of the Catholic Church. I had toured Mosques and churches in other areas though and really wanted to see it from an artistic, historic, and social point of view. As an artist, it’s been my dream to see the Sistine Chapel. To see this freshly restored ceiling was breathtaking. Photography of the ceiling is not allowed, however I highly recommend the tour if you go. They really go into detail about the process, history, reasoning behind different scenes. As an artist I also really loved how Michelangelo painted the people bigger on one side versus the other. Theory is he finished half then didn’t like how small they looked from the floor so for the second half he made the people larger.

It has been a dream of mine to see the ruins near Mount Vesuvius. Instead of Pompeii we decided to visit the Herculaneum Ruins.  We enjoyed it, however I wish we would have done a guided tour or an audio tour. Instead we walked around and took it all in on our own. It was still worth it and something I’m so grateful to have seen in person. The third photo shows the roof style of many of the homes. The roofs slanted inwards to collect rainwater and direct it to the tubs in the floor. These were used for laundry and other uses. 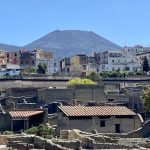 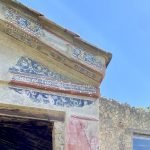 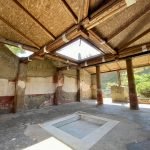 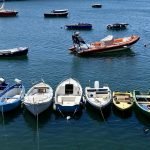 Afterwards we took the trains back to Caserta and walked the gardens of the Royal Palace of Caserta. This private residence has 2200 rooms. Amazing. Tours are available for the house as well, however we arrived late in the day and had to choose between the garden and the home. 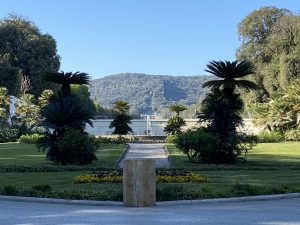 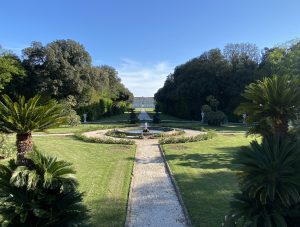 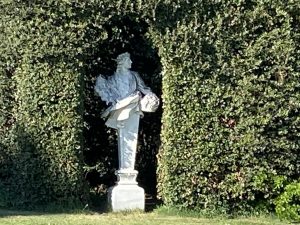 We then spent time in Lecce, which is in the southeast area(if Italy looks like a boot kicking to the left, then Lecce is in the heel). We fell in love with this quaint town. It was large enough to have a ton of restaurants and shops, but small enough that the entire central area is mostly for walking only. It was so lovely. 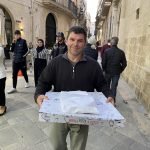 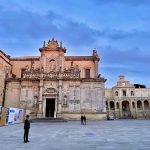 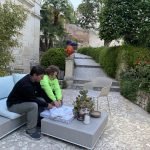 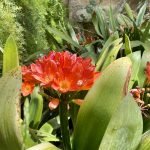 One of the neatest things so far we’ve experienced on our travels was this private museum. I want you to imagine… you buy a house in Lecce, Italy, it seems normal. You have a dream of turning it into a restaurant so you start digging into the foundation to update some plumbing for a bathroom for the customers. But you start finding underground tunnels and centuries old artifacts .. that is what happened to this family. the government comes in and shuts it down, then eventually you excavate but it comes with all sorts of red tape and hoops. Finally after years of this all, They discovered their home was once a Franciscan Chapel, a Roman granary, and even a a meeting point for the Knights Templar. They kept digging down meter and meter, finding tunnels the persecuted Christians used to escape in a swell. They’ve now turned it into a private museum. It was FASCINATING!! My friend (and Local travel expert in Italy) Nicla (The Runaway Italian) showed us this hidden Gem. It was amazing. 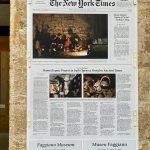 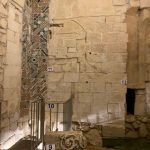 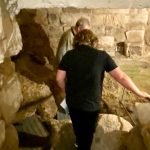 The rest of Italy:

After Lecce, we spent time in Bolgna, Ravenna, Venice, and a bit of Milan. 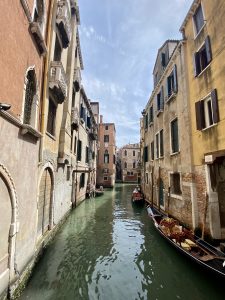 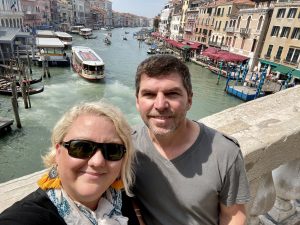 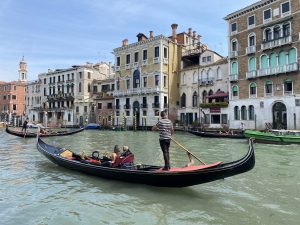 Ravenna is known for it’s beautiful mosaics. There are churches, ceilings, wall art, and beautiful art throughout the town. 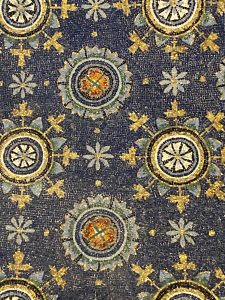 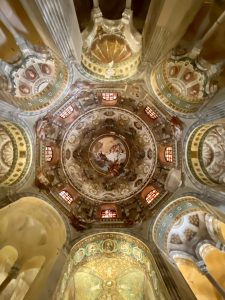 Venice was beautiful. If I ever returned I’d love to spend some more time there and take time to visit the nearby islands as well.

Overall, Italy was a gift. The music, the tastes, the energy, the daytime siestas… I lovcd every moment of it.  We were there for a couple weeks and there are still more meals and sites I wish I could have tasted and experienced.

Posted in Dreams and Goals, Travel and tagged american in italy, family visit, florence, italy, italy on a budget, travel, tuscany, what to see in rome
← How to get free hotel nights during TravelNew spine art – bringing nature and healing together →